EssilorLuxottica has made Fortune magazine’s 2019 Change the World list, taking the 17th spot on this annual prestigious list, which recognizes companies that have had a positive social impact through activities that are part of their core business strategy. Among 52 companies, the Group is honored in particular for its commitment to bring good vision for everyone everywhere and eradicate poor vision, as part of its mission to help people ‘see more, be more and live life to its fullest’.

Even though a pair of eyeglasses can answer most of the world’s vision needs while protecting and framing the beauty of our eyes, the lack of awareness and access have led to a global vision crisis with severe social and economic consequences for billions of people.

The ranking highlights EssilorLuxottica’s efforts of “doing well by doing good” and how its action to address issues of vision health across the world has a significant positive social impact on people’s lives, while also representing a significant shared value opportunity. With 6.6 billion people on the planet estimated to be in need of vision correction by 2050, of which 5 billion will be affected by the myopia epidemic, taking action without delay is key.

Hence, EssilorLuxottica exists to give vision a voice and respond to the world’s growing vision needs by meeting the changing lifestyles of existing consumers and inventing new ways to reach the 2.5 billion people who suffer from uncorrected poor vision and the 6 billion people who do not protect their eyes from harmful rays.

One of the Group’s initiatives include the launch of the 2.5 New Vision Generation (2.5NVG) and BoP Innovation lab by Essilor in 2013, a line of more affordable and stylish prescription glasses targeted at the 2.5 billion people who suffer from uncorrected poor vision, of which 90% live in base-of-the-pyramid (BoP) economies. With the help of more than 600 partners – from governments to NGOs to corporates – 2.5 NVG and the BoP Innovation Lab have enabled access to a pair of glasses for more than 25 million people across 62 countries in need of vision correction, and empowered nearly 12,000 micro-entrepreneurs to set up their own businesses, providing sustainable access to vision care to 250 million people.

Luxottica as well, through its support for OneSight, an independent non-profit organization of which the company is the founding sponsor, provides access to quality vision care and glasses in underserved communities worldwide. Since 1988, OneSight has partnered with local health organizations, governments, school districts, industry leaders, doctors and volunteers impacting over 21 million people in 49 countries and counting—creating opportunity and sustainable change along the way. So far, it has established 131 sustainable centers in countries like Rwanda, China and the United States, and hosted over 1,420 charitable clinics globally.

The 8 trends for effective communication. 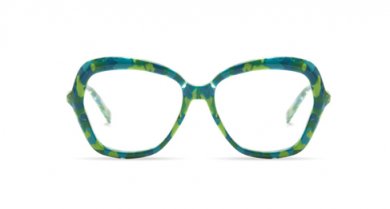