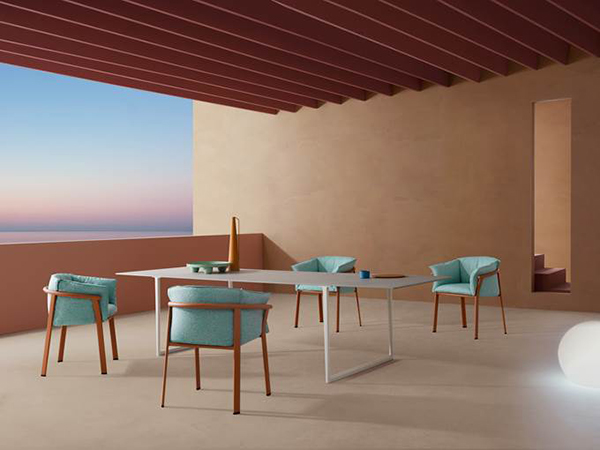 Light, soft and deconstructive. To mark the 60th edition of Salone del Mobile in Milan, Lamorisse was presented: the new armchair by CMP Design for Pedrali, designed for open-air living.

The main feature of this chair is the contrast between the structure, a sober frame in extruded aluminium, and the luxurious and welcoming cushion. The seat is also supported by elastic straps, which practically disappear in order to focus attention on the cushion, composed of different sections joined by a zip, and folded to create a shell effect.

The distinctive feature is lightness, linked also to its name: “While we were making the first sketches of Lamorisse, by association of ideas, we were comparing it to a balloon. Just as a helium balloon is held down by a string, this chair has an inflated, soft section, colourful and suspended, which is the padded section, and a fine delicate connective tie which is the frame. From this, our thoughts
turned to the beloved French designer Albert Lamorisse who, in his beautiful short film “Le ballon rouge” brings to life a red balloon and allows it to make friends with a boy called Pascal. In the final scene, Pascal flies to heaven, attached to threads linking all the balloons of Paris,” reveal the team at CMP Design, tracing the origins of this item.

The LVMH Group elects Alessandro Zanardo as CEO of Thélios. 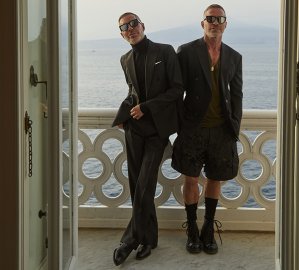 Dsquared2 celebrates its firstseason of partnership with Safilo, in Sorrento.