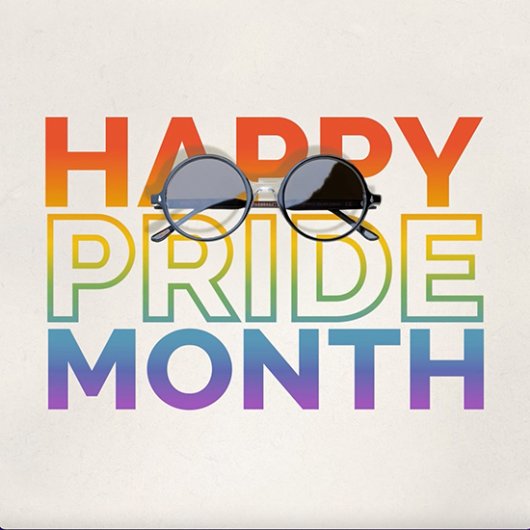 June is Pride Month, the month dedicated to the LGBTQJA+ community. Parades and demonstrations enliven streets all over the world, with the goal of vindicating the rights often denied to this community.

How did Pride Month come about? To answer this question, we need to go back over 50 years ago, precisely the night between 27 and 28 June 1969, when the police raided a New York gay bar, Stonewall Inn. It frequently happened that police officers busted the gay bars, but this time the clientele found there were accused of indecency purely because of their sexual preferences. In the following days, the gay community took to the streets to protest. These demonstrations, defined as “the Stonewall Riots”, were the precursors of the LGBTQJA+ movement and the Gay Pride event.

Our industry wished to celebrate Pride Month with a series of initiatives that range from customised glasses to awareness-raising events and donations to support the associations within the LGBTQJA+ community. 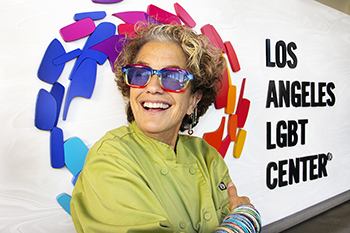 To honour the individual and community expression of identity, l.a.Eyeworks, the cutting edge eyewear brand which has always closely supported the LGBTQJA+ community, has created the Amortini model in a limited edition, with profits going to the Senior Services programme of Los Angeles LGBT Center.

Amortini is the result of a special collaborative partnership between l.a.Eyeworks, Barton Perreira and Blake Kuwahara. 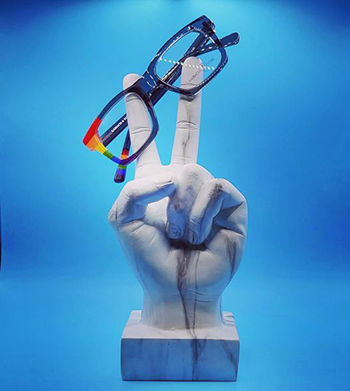 Also Laibach & York, another brand that ranks among the creative leaders in the world of independent eyewear, has created a customised model with a rainbow detail to celebrate Pride. 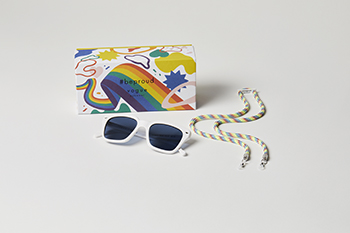 Meanwhile, Vogue Eyewear is sending a strong message, paying homage to the importance of revealing your true self with a new special model dedicated to the LGBTQJA+ community and to anyone who supports free expression of one’s own identity and way of being. Launched with a colourful social media campaign, this model is enhanced by the creativeness of four international talents who represent a world in which everyone can be proud of themselves, responding to the rousing call of #beproud. Interpreted by the lively portraits of Sophie Birkin, a queer illustrator with a worldwide reputation, and the expressive style of activists Hina Sabatine, Francesco Cicconetti, Jason A Rodriguez and Venus Liuzzo, the campaign kicks off with this Vogue Eyewear model to allow each of the designers involved the chance to voice their own idea of diversity. 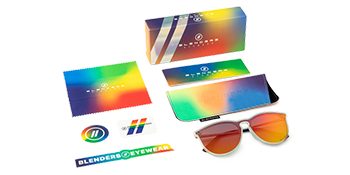 The lenses, too, have been dipped in the colours of the rainbow thanks to Blenders, who have created a unisex pair of transparent sunglasses with mirrored lenses that reproduce multicolour fantasy.

The glasses come with a personalised case, a microfibre cloth, and a packet of stickers. 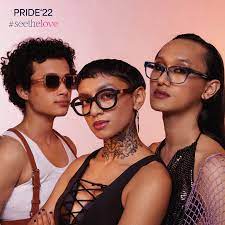 With the film "#SeeTheLove, not labels", the Indian chain of optician stores Lenskart has launched the Pride 2022 collection. The video presents different figures of the LGBTQJA+ community, who explain how they like to refer to themselves. The film continues by showing how “cis” individuals need more representation in the community, as their lower presence can make them feel inferior. The video ends by underlining how legalisation in India means nothing for the community if its members are marginalised and feel unsafe. The film sets out to educate and provide the foundation for a future where everyone is respected. 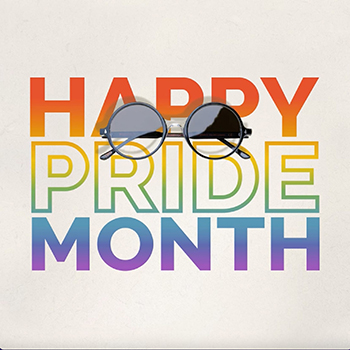 Gender equality is part of the company DNA for Fabbricatorino, which has an all-round inclusive vision: “Our communication sets out to be ever more inclusive, but words are not always enough: this is why we make sure that also our company vision and our products are inclusive, manufactured with a genderless approach. In fact, many of our glasses are designed to present the unique style of each and every wearer, independently of their gender or sexual preference. With the month of June, we wanted to take the chance to underline our support to the movement and the increasing importance that we award to diversity and inclusivity in all our company activity”.

This weekend through Monday DaTE is back.