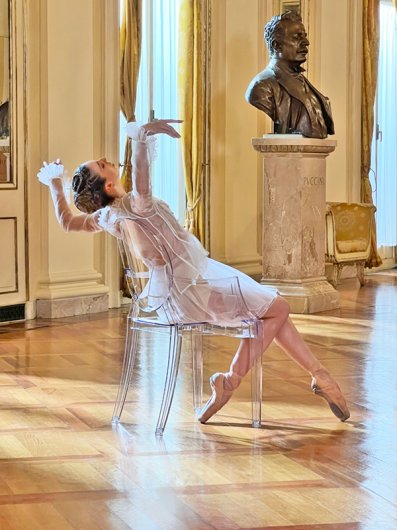 The transparent chair Louis Ghost, produced by Kartell and designed by starchitect Philippe Starck, first appeared in 2002; in these 20 years, over 3 million have been produced, making it the best-selling chair in the world.

Created by injecting polycarbonate granules in an industrial moulding machine, at the beginning it was made with material from a chemical multinational that was used for U.S. police riot shields and other functional items: transparent but extremely tough. In these 20 years, Louis Ghost has undergone various transformations: it has been dressed, painted, etched, miniaturised, interpreted by artists, stylists and designers from all over the world, undergoing different fusions and mutations while maintaining its original spirit.

From the Great Wall of China, to the cliffs of Cape Town, from London to Paris, from Rio de Janeiro to Tokyo, from Greece to Venice... the Louis Ghost has taken its place in front of all the magnificent wonders on Earth, both natural and man-made. It has encountered the leading figures on Earth – from Pope Benedict XVI to Her Majesty Queen Elizabeth II. Bob Wilson covered it with words, Antonio Marras gave it wings, Piero Lissoni lit it up in neon, Philippe Starck transformed it into a map of the City of Milan, the students of the Academy of Brera covered it in colour almost like a Pollock canvas, and the artist Nuku has “tattooed” it Maori-style.

“20 years ago, the Louis Ghost chair self-emerged, created by our Western collective subconscious”, says Philippe Starck. “Visible and invisible, real and immaterial, smart and intelligent. As the natural result of our past, present and future, Louis Ghost continues its evolution in 2.0 polycarbonate patented by Kartell. Always great design, the most advanced technology and minimal but sustainable materials, at the right price. Louis Ghost is next-generation democratic design”.

Today, in fact, Kartell’s technological innovation has led to Louis Ghost being produced in the new environment-friendly polycarbonate, achieved through a synthesis process made mainly from industrial waste from cellulose and ISCC* (International Sustainability and Carbon Certification) certified paper, which ensures a reduction of up to 60% environmental impact in terms of emissions of carbon dioxide.

To celebrate the twentieth anniversary, Kartell decided on a special collaboration with the Teatro alla Scala, the iconic Milan temple to opera and ballet. And ballet becomes an opportunity to reveal shared values between dance steps and the design of the chair: lightness, perfection, elegance and style.

For this unique project with Kartell, choreographer Patrick de Bana has created a pas de deux “Marie Antoinette reloaded”, inspired by his ballet Marie Antoinette and entrusting the design, power and inspiration to Maria Celeste Losa and Gabriele Corrado, Scaliger soloists who unite technique, expressivity and contemporary energy with innate grace and harmony.

The Goldberg Variations by Johann Sebastian Bach, chosen specifically for this project, created the perfect soundtrack, with the splendour of piano playing by Takahiro Yoshikawa who recorded a version of Aria da Capo for the occasion. The transparency of the costumes and space did the rest: the Foyer of the A.Toscanini stages of the Teatro alla Scala, almost suspended in time and space, for this partnership.

The ballet and chair are the subject of a short film entitled “Louis Ghost on stage” by young director Aksinja Bellone. It is another project that brings together art and various creative expressions around an object resulting from pure creativity. The short film will be transmitted on Kartell’s digital channels and will form part of the special projects preserved at the KartellMuseo to highlight moments of an ongoing story. 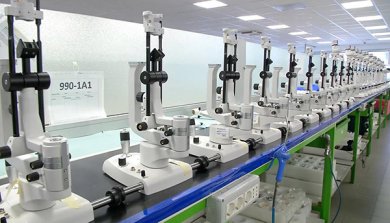