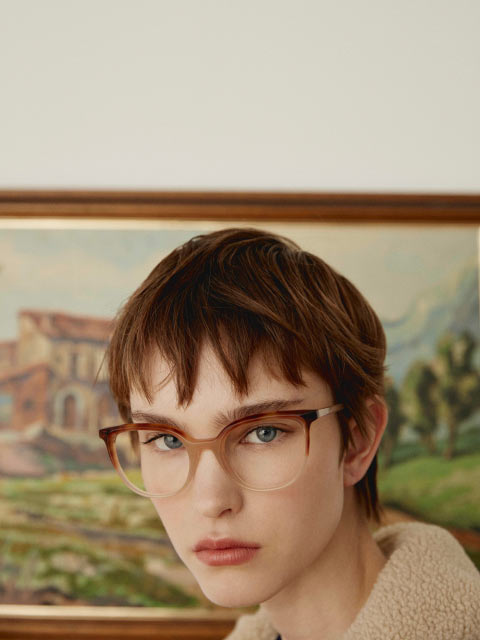 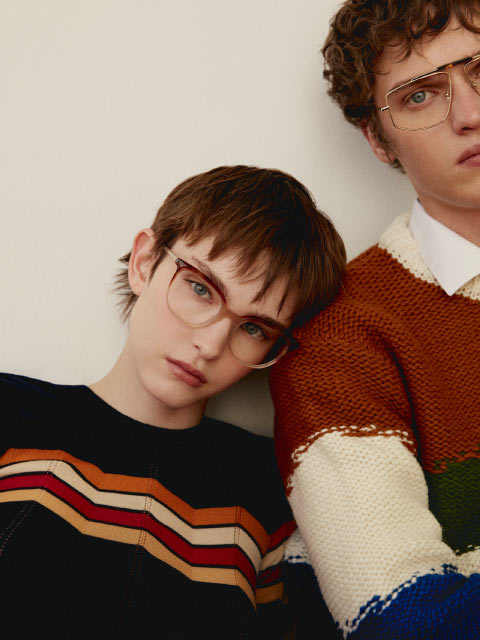 GIGI Studios presents its first collection of the year with 25 new models based on maximum quality and sophisticated designs “that go a step further”. Ten new models have been added to the GIGI Studios Optical range with five styles produced in acetate and five in stainless steel. Inspired by vintage design, the models use thick, warm acetates with very detailed laminations. For women, the new models include a square-shaped design called Malva and the cat’s eye designs, Patti and Greta.
For men, a square shape called Jaques offers what is described as a “significant thickness of acetate on the upper third”. A return of the brand’s bestselling Brooks model is also included in new tones and with an improved design. In stainless steel, the models Daniele, Naomi and Luzia stand out for their light construction and over-sized silhouettes. For men, model David has become the optical version of the successful sunglasses, known as Javuar, an aviator model with upper bridge and acetate detail at the centre.
The GIGI Studios Sun Collection has been extended with nine new models, of which six are made in acetate and three in stainless steel.