As of March 1st, 2022, Hiroshi Suzuki will step down as Executive Representative and CEO of the Hoya Group, taking up the position of Group Director. His role will pass to Eiichiro Ikeda, currently Chief Technology Officer (CTO).

Hiroshi Suzuki will continue to act as Chairman of the Board of Directors until the 84th Ordinary General Assembly of Shareholders - scheduled for the end of June 2022 - and will officially retire from the Board at the end of the meeting.

Eiichiro Ikeda will take on the roles of Executive Representative and CEO as of March 1st, 2022. During the 84th Ordinary General Assembly of Shareholders, his appointment as Director will be submitted to the shareholders for approval. 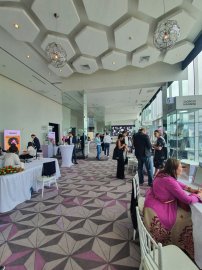 ICE and ANFAO take Made in Italy eyewear to Panama.